NEW YORK (AP) — A community bank and 19 ex-employees have been criminally charged with issuing hundreds of millions of dollars in fraudulent mortgages that ended up in unwitting investors’ portfolios, prosecutors said Thursday in announcing a rare indictment of a bank in the mortgage meltdown that rocked the U.S. economy.

Abacus Federal Savings Bank was hit with mortgage fraud, grand larceny and other charges in what Manhattan District Attorney Cyrus R. Vance Jr. called “a systematic scheme to falsify and fabricate mortgage applications” so that unqualified borrowers could get loans. The loans later were sold to mortgage giant Fannie Mae, which repackaged them into securities for investors.

Abacus, a Chinatown-based bank with mainly immigrant customers and branches in New Jersey and Pennsylvania, said it had investigated and reported the problems and would vigorously defend itself.

Vance said most of the mortgages in this case were being paid on schedule. But the allegations reflect the lax lending that convulsed the economy in 2008 as borrowers defaulted and the effects rippled through a financial system that had transformed individual loans into mortgage-backed securities held by countless investors. The crisis spurred multibillion-dollar government bailouts of Fannie Mae, big banks and financial institutions. 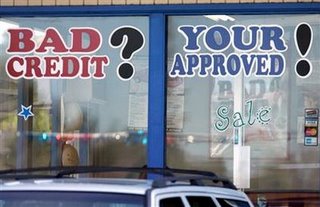 “What you’re seeing in the allegations is the norm in ‘liars’ loans,'” a term for the unverified and fraudulent lending at the heart of the meltdown, said William K. Black, a law and economics professor at the University of Missouri-Kansas City.

The crisis has spurred lawsuits and regulatory action against banks; Abacus agreed in February 2011 to enhance training, do a risk assessment and take other steps as part of an agreement with the federal Office of Thrift Supervision, which said the bank’s loan underwriting and documentation practices were inadequate. The agency is now part of the Office of the Comptroller of the Currency.

But criminal cases against banks have been few — a dearth that has prompted commentary and criticism from activists, academics and others.

Loan officers coached borrowers — many of whom worked in nail salons, restaurants and other all-cash businesses — on inflating their incomes and job titles and falsifying job-verification forms, prosecutors said.

Loan processors helped out by calculating how much income the borrowers would need to have in order to qualify, and underwriters approved loans they knew were based on phony data, according to prosecutors.

The bank made millions of dollars in fees off the more than 4,000 dubious loans, and the employees did well, too: Some loan officers made as much as $300,000 a year, prosecutors said.

Wong, 61, “looks forward to the opportunity to clear his name,” said his lawyer, Sanford Talkin. Tam’s lawyer, Thomas C. Rotko, said the 57-year-old maintained his innocence and was looking forward to addressing the charges.

The bank is stable, and depositors’ money isn’t at risk, prosecutors said.

Abacus said it was stunned by the charges because it had investigated the matter, informed Fannie Mae and taken action, including firing some employees. Others resigned.

Neither Fannie Mae nor any borrower was harmed, the bank said, adding that it had eschewed subprime mortgages and other risky lending practices vilified during the financial crisis.

“Our conduct in this regard has been exemplary,” Abacus said in a statement that accused prosecutors of overreaching. The 27-year-old bank, which has about $250 million in assets and 117 full-time employees, also questioned why a community bank is facing charges “when many other banks that contributed to the national economic crisis remain untouched.”

Vance said that while many banks have come under scrutiny from various authorities, prosecutors found in Abacus extensive and powerful proof of a systemic, repeated fraud that rose to the level of crime. The charges entail demonstrating that defendants had criminal intent, made material financial misstatements and other elements.

“We have to deal with each case on the facts that we have them,” Vance said. “The answer to ‘why in this case?’ is: Because it had to be done.”

He declined to say whether his office was investigating other banks.